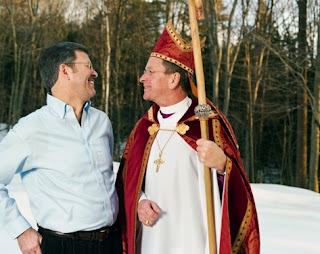 After this film ends, please join us and the director, Macky Alston, and Alicia Lewis of Out Boulder for a very special Call 2 Action talkback session in the Tent! 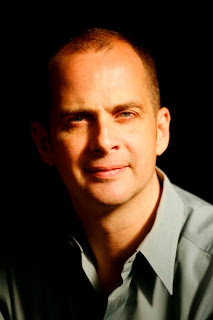 Here's a wonderful preliminary look at Macky and his film, via the Sundance Film Festival --

And the program description: "This film features the consecration of Gene Robinson, the first openly gay Bishop in Christendom. His historic elevation by the Episcopal Church in America caused great controversy worldwide, along with a stream of death threats. But Gene Robinson refuses to leave the Church— or the man he loves. By the end of the film, because of Gene's faith and leadership, the Church has done a 180-degree turn: more gay bishops are being considered, more same-sex marriages are being blessed and, in 2010, history was made when Gene's conservative home state of New Hampshire legalized same-sex marriage. Gene proves that you don't have to leave behind your Christianity, or your civil rights, just to love and be loved."