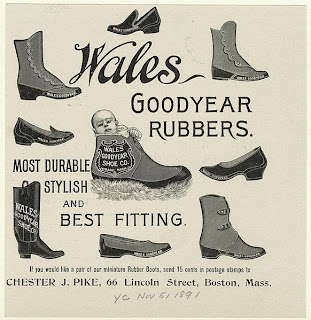 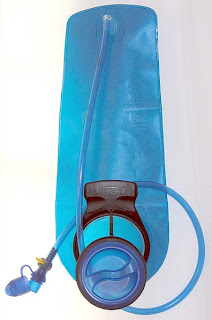 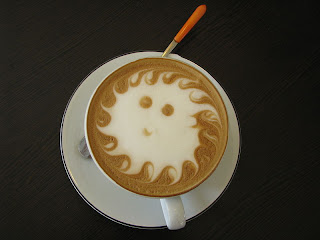 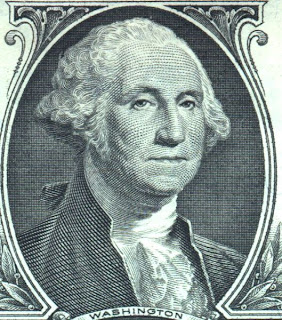 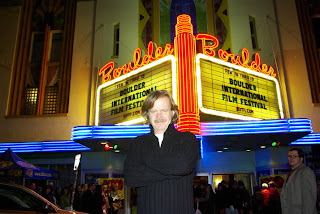 Posted by BradWeis at 8:22 AM No comments: 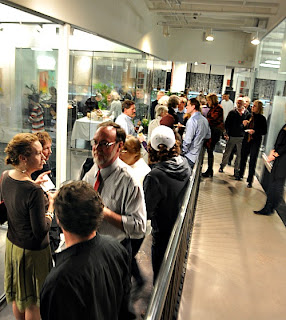 On Thursday, Jan. 24, the annual BIFF Program Release Party was held. For the second year, it was staged in the fabulous confines of Todd Reed Jewelers at 2015 Pearl St.! What a fabulous design the place has . . . we nearly walked through three or four glass walls before the night was over.

Among the display cases sporting expensive and exquisite baubles, our guests and we wandered about schmoozing, enjoying some delicious wine, beer, and snacks from our sponsors . . . Beehive, Kim & Jake's Cakes, Avery Brewing, and Francis Ford Coppola Winery. 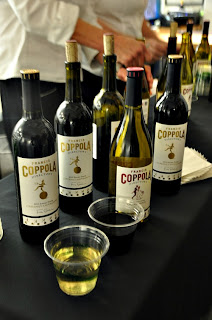 Finally, the moment everyone has beenwaiting for all year . . . Robin Beeck announces the release of the BIFF 2013 program and schedule!

And 20 seconds later, everyone in the room was doing as this couple below -- Tweeting the list of movies and special guests to friends and family. 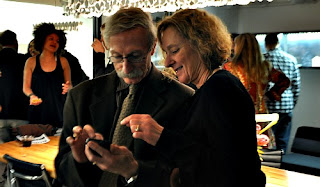 Last and least, below was DigiComm Director Brad Weismann, trapped amid the glass walls, desperately trying to get people to go home at the end of the night. Hope you're feeling better, dude! 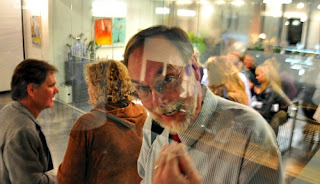