By Kaity Hauge-Aldridge
Boulder International Film Festival Field Reporter
After the commotion of the Closing Night ceremony at the Boulder International Film Festival on Sunday night, Feb. 20, I managed to catch up with director Oliver Stone, recipient of BIFF’s first Masters of Cinema award, to ask him a few final questions about his impressions of Boulder and the film festival before he took off for a night of bar-hopping around town.
The film festival marked the occasion for the third visit of Stone to Boulder. He recounted each of his three visits to Boulder, each with a very different purpose.
In the ‘90s, Stone visited Boulder for the first time in the cause of vindicating Leonard Peltier, a Native American activist who was convicted for the aiding and abetting the murder of two federal agents. When here, Stone interviewed A-Man-In-A-Hood, an American Indian who testified on camera that he had been responsible for the murders for which Peltier had been convicted.
Stone was brought to Boulder the next time in the early 2000s, this time to visit the Buddhist community at the Naropa Institute. And now BIFF.
“To me,” said Stone, “the town represents different facets -- first American Indian, Buddhism, and now the film festival. It’s not just granola and mountains.”
Stone welcomed the award.
“It’s nice that you think of me,” Stone said. “It’s nice to be remembered. It makes sense to come back -- like an old ham actor replaying the roles that you were once known for.”
Posted by BradWeis at 3:48 PM 1 comment:

Here are a selection of photos of our 2011 workshops and panels! These were taken by our new Workshops & Panels Coordinator, Kathy De Bay. She did a great job, by the way -- these were the most extensive and best-attended in BIFF history! 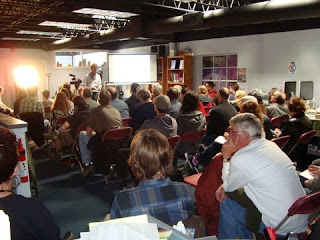 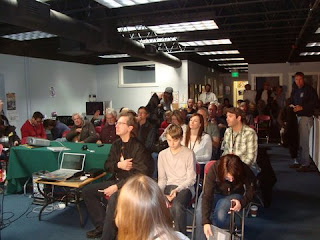 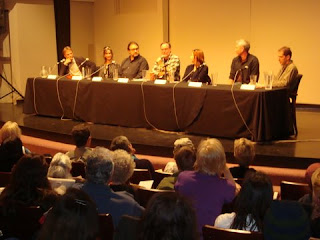 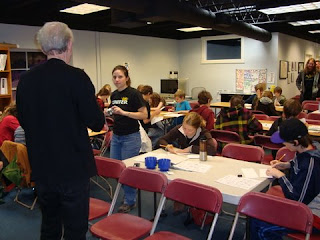 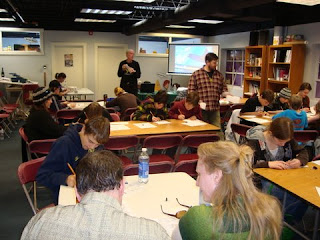