Here is a slew of shots from our wonderful photo-pal! 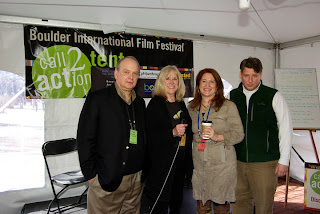 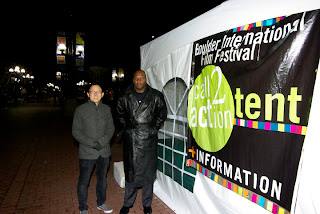 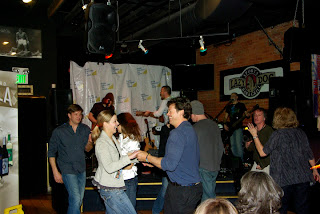 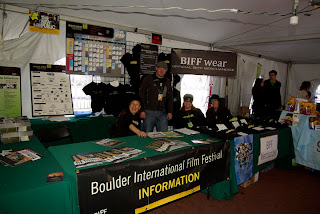 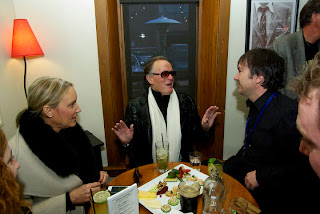 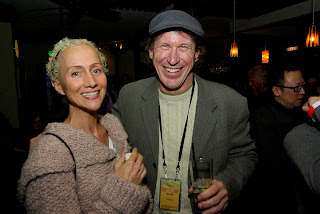 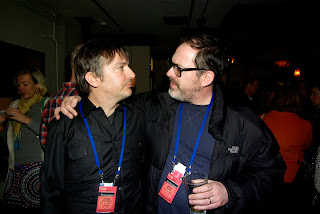 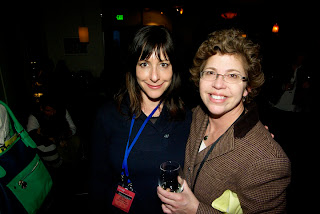 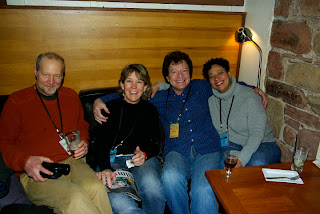 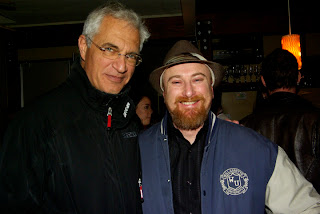 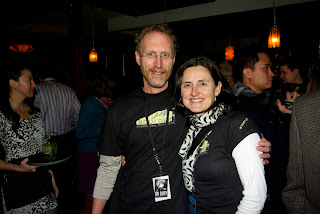 Posted by BradWeis at 4:57 PM No comments:

One of the great new aspects of BIFF this year is the Singer/Songwriter Showcase. Seeing how we have so many music-themed films this year, we turned to our long-time Sponsor Liaison and composer/performer Lisa Bell, who crafted two evenings of the region's finest musical talent to perform on stage at the Lazy Dog, aka the Filmmakers Lounge.

Here's the lineup for tonight! In case you miss any of the acts, look for the complimentary CD sampler of their work, available at our venues -- 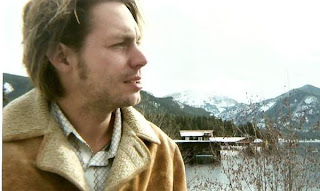 Posted by BradWeis at 4:36 PM No comments: 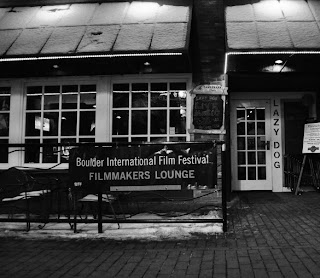 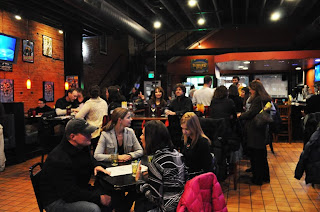 Posted by BradWeis at 1:12 PM No comments:

“Civil disobedience is a movement of the heart, not the mind.”

Until he heard someone crying in the back of room. He turned around and saw a friend
who had been trying to save wild Utah for years. In a spur-of-the-moment decision, Tim
raised his bidding number, 70. “I had to give hope,” Tim said.

By the end of the auction,
Tim had won 12 parcels and owed the federal government over two million dollars
that he could not pay. Making false statements in a federal auction is a federal crime, a
felony, in fact, punishable by 10 years in prison. Tim received a two-year sentence in a
federal prison. He had rejected a plea bargain that would have netted him only 30 days
in jail. Along the way, Tim’s unyielding commitment to give people a voice against the
seemingly unassailable power of corporations, created a dedicated, creative and caring
network that came close to unseating a Utah state representative.

Tim’s act of civil disobedience to save lands that Robert Redford called “one of the last
great places on earth,” inspired filmmakers George and Beth Cage to invest 3 ½ years
in filming his story. “We knew that this film would resonate in this town,” George
shouted at the start of the film.

“Thank you, Boulder.” In a Q&A after the film, George
and Beth gleefully reported that Tim will be released on April 21, one day before Earth
Day. The filmmakers also reported that the wild lands in Utah was permanently taken
off the auction block. And, remarkably, George said that even though Tim was placed in
solitary for three weeks for sending an unappreciated e-mail to a congressman, Tim never
said he was sorry or that he had made a mistake. Thank you Tim, for showing us an act
of civil disobedience in the tradition of Martin Luther King and Ghandi.