Boulder, Colorado is on the cutting edge of the digital revolution. This fact, and the staggering implications for innovation and economic growth in the region it implies, has somehow gone overlooked by press and public alike.
Until now.
Colorado’s second annual Digital Media Symposium (DiMe), a collaboration among Colorado’s Creative Industries Division -- the Office of Film, Television and Media, the Boulder Convention & Visitors Bureau, and the Boulder International Film Festival, has released its slate of nationally renowned panelists, and tickets are now on sale for the event, which takes place on Friday, Feb. 18, at http://www.dimeboulder.com/.
Says Kathy Beeck, Director of the Boulder International Film Festival, “The DiMe is a value-added for BIFF because of its connection to films and entertainment. And Boulder recently ranked number three in the nation in a survey for concentration of high-tech employment, with 22 percent of all jobs in Boulder in the tech sector. Coupled with this city’s love of entertainment, it’s a perfect fit.”
Here's a nice look at last year's DiMe from Indie Media: The New Journalism via Vimeo --
DiMe - Digital Media Convergence Symposium - Fast Video from Indie Media: The New Journalism on Vimeo.
The DiMe is Colorado’s premiere entertainment-based digital media meet-up – brainstorming, speculating and networking on a grand scale. Some of the biggest players and most ardent visionaries in the world of digital media will gather for the event. Industries represented include film, gaming, advertising and online entertainment, not to mention the tech gurus whose efforts make all the above happen today.
“The DiMe is a fantastic showcase of Colorado’s Creative Industries in the digital media arena. Colorado has unbelievable talent and opportunities in film, television, game design, and digital media,” said Marcia Morgan with the Colorado Creative Industries Office. “The DiMe will be the connecting point of the year for digital media professionals as well as anyone interested in learning more from industry visionaries about the future of 3D and digital distribution, especially as it relates to Colorado.”

This year, two dynamic panels will cover topics of moment – “Digital Distribution and Monetization,” and “The Future of 3D.” They will take place from 1 to 6 p.m. on Friday, Feb. 18 in the confines of the beautiful St. Julien Hotel in the heart of downtown Boulder, at 900 Walnut St. Tickets are now available online at http://biff1.com/biff_tickets.html.
Here are your panelists!
Digital Distribution and Monetization 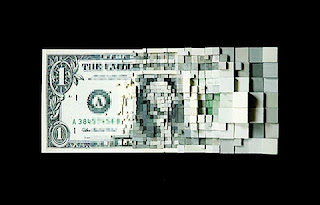 DiMe begins at 1 p.m., followed by a cash bar reception with complimentary hors d’oeuvres at 6 p.m. For more information about DiMe, please visit www.dimeboulder.com . Special thanks to our Premier Sponsor of the DiMe, RealD, the global leader in theatrical stereoscopic technology. Thanks to our other sponsors as well, including Mighty Fudge Studios, 1st Movement, Colorado Creative Industries, the Boulder Convention & Visitors Bureau and Comcast.

Advance tickets for this event are $50 each; $40 for students. As tickets are extremely limited, and go up to $65 on the day of the event, you should get on this opportunity now! Tickets are now available online at http://biff1.com/biff_tickets.html. If you want to see the future, come with us.
Posted by BradWeis at 11:44 AM