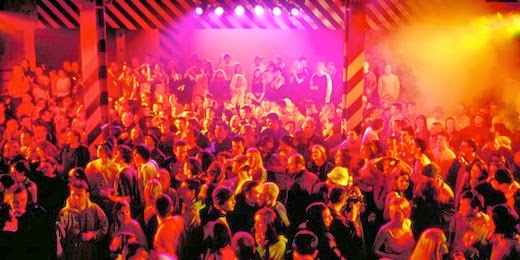 For BIFF’s 10th anniversary, we are planning parties as big as our films – here’s what’s happening Opening Night –

The fun starts at 5:30 p.m. Thursday with TWO parties for our guests, right across the street from each other! Guests can move freely between the celebrations at the Hotel Boulderado Ballroom and at Rembrandt Yard Event Center & Art Gallery.

MUSIC: Purple Squirrel is our featured musical act – they will split themselves between the two parties; guitarist Chris Malley, bassist Mark Diamond, and drummer Matt Amundson will be in the Ballroom, while pianist Bob Schlesinger holds forth at Rembrandt.

FREE FOOD & DRINK: There will be wine from Francis Ford Coppola, beer from Avery Brewing and Boulder Beer; appetizers provided by Big Red F and Whole Foods, and gluten-free bites by Glutino, Udi’s, and Earth Balance!

CRAZY CHARACTERS: Want to hang out with some of Hollywood’s most iconic figures? For the second year in a row, we are featuring a number of costumed characters who will interact and cavort with our guests until it’s time to head over to the Boulder Theater for the Opening Night film.

THE PARADE: When the doors open at the Boulder Theater, guests will be gathered and escorted from the parties as we “second line” our way to the premiere! Join in the fun as we, our characters, and live musical accompaniment will all march, march, march to the fun.

OH HEY THERE’S A MOVIE TOO! The romantic comedy “Fading Gigolo” is written and directed by John Turturro, and stars him, Woody Allen, Sharon Stone, Sofia Vergara, and Live Schreiber. It’s about an unassuming middle-aged florist who falls into a new career as a stud.

Tickets for this fabulous event are only $65 each. For tickets and information, please go to www.biff1.com.